Got questions? Ask me! http://www.formspring.me/DelightfulJos

Got questions? Ask me! http://formspring.me/DelightfulJos

Just a quick post here. Someone pointed out to me that she hasn’t been able to access my self hosted blog Delightful Taste Buds for couple days and kept crashing her browser.

So I need your feedback:
Does this also happen to you? Please let me know so I could see what I can do on my end. I notice the server does a bit sluggish and slow in the evening and I did get time out sometimes.

Hey all, finally I’ve moved my blog to self hosted one. Please update your google reader/blogroll to http://delightfultastebuds.com and your subscription to http://feeds.feedburner.com/DelightfulTasteBuds or you won’t receive anymore updates.:D

I’m still in the process of updating and customizing my self hosted blog but in the meantime I’ll just leave the layout as it is.

Hi all! Thank you for the wishes on my last post! We surely had a blast and it was a nice to actually splurge ourselves once in a while.

Today I got up super late (like 9 am?) haha..I guess the cocktail drink I had last night surely had some kick in me. Believe me, I am not a drinker at all.

Since I didn’t feel hungry, I skipped breakfast and just had 2 green tea bags and continued working on my stuff until lunch time. Honestly, my lunch today looked EXACTLY the same as yesterday. 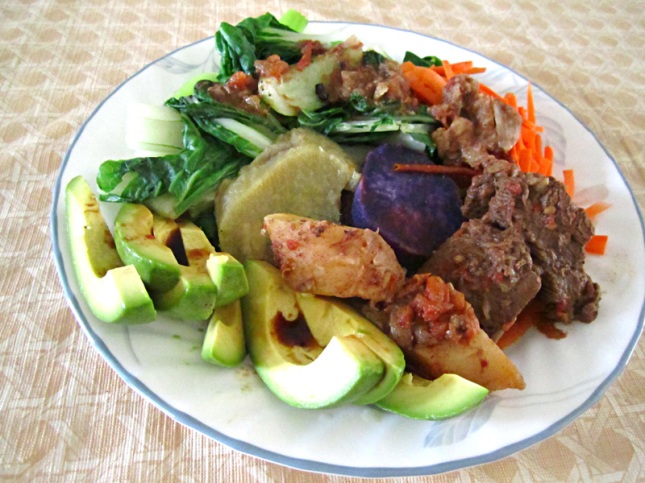 After lunch, I was preparing all the ingredients for my newest recipe experiment: Coconut Lemon Custard Chicken.

Then I continued with whatever I was supposed to do until finally I had enough and did the newest workout from Bodyrock.tv.

It was almost dinner time so I kept my Post workout snack small – 2 small slices of sweet potatoes (purple and Japanese) – I put the clothes pin next to them for size comparison (got this idea from Fit Daffy :D) Sometimes it’s hard to imagine the size just by looking at the pictures.

Finally, the chicken was done and this accident happened when I tried to take a picture of the perfectly sliced pieces.

Darn it! I LOST 2 pieces of goodies there! Argh! Believe me, I was quite mad at myself, which made me feel even more stupid. It was actually all my fault for moving the table when the plate was on top of it and I was stupid enough to tilt the table..ARGH!

Anyway, dinner was yummy and small as well. 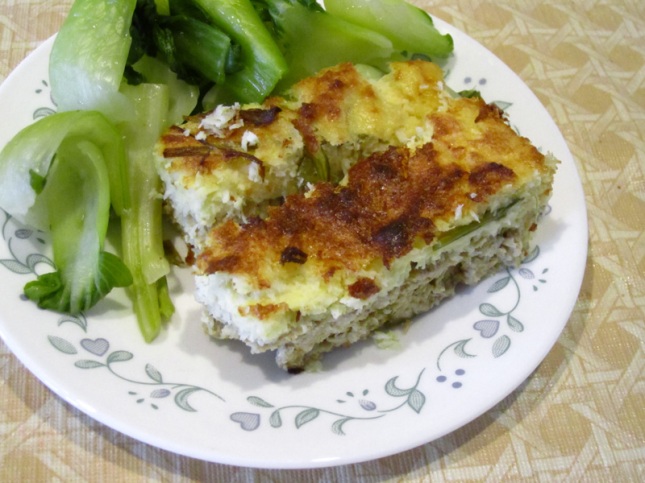 I realized I still had lots of coconut milk in the fridge and it’s been sitting there for a little while. Good thing it hasn’t gone bad yet and an idea came up. I poured them into my ice cube tray and froze them. 😀 This way the coconut milk will not be spoiled and it would be super easy when I need to use them. Just take out 1-2 cubes or whatever I need. Too bad I can’t consume straight coconut milk, otherwise these would be a perfect coconut milk “ice cream”. 😀 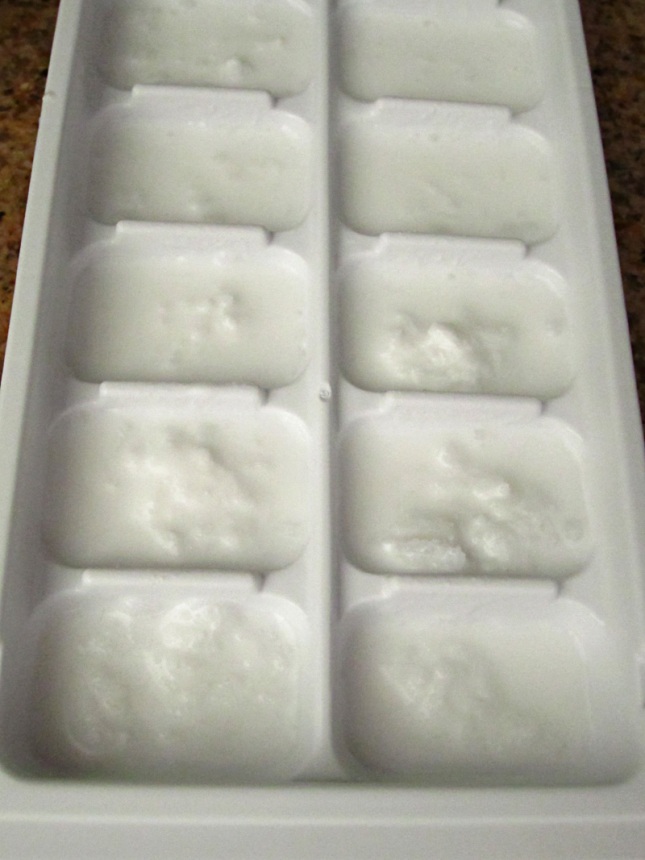 Btw, I’m in the process of transferring this blog to be self hosted. Gosh, seems like it’ll be a long and slow process..not to mention I might have to blog at two places at the same time to save the future trouble. We’ll see!

Have a good night!

Do you like coconut and lemon but don’t want to make a dessert dish? This recipe is inspired by Paleo Parents Organ Meat Pie recipe and Civilized Caveman Lemon Bars recipe. 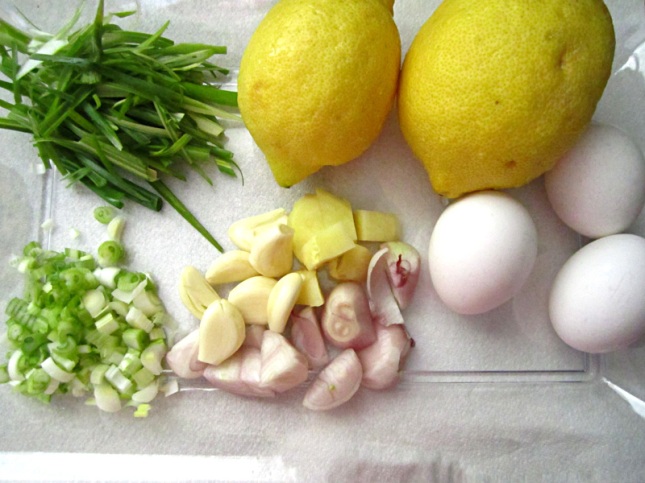 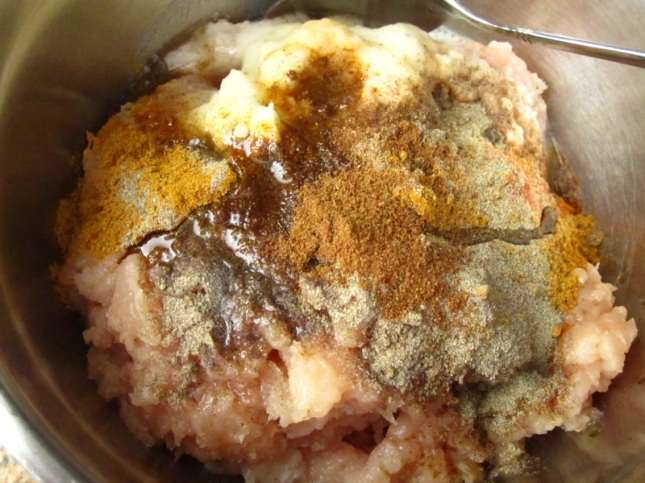 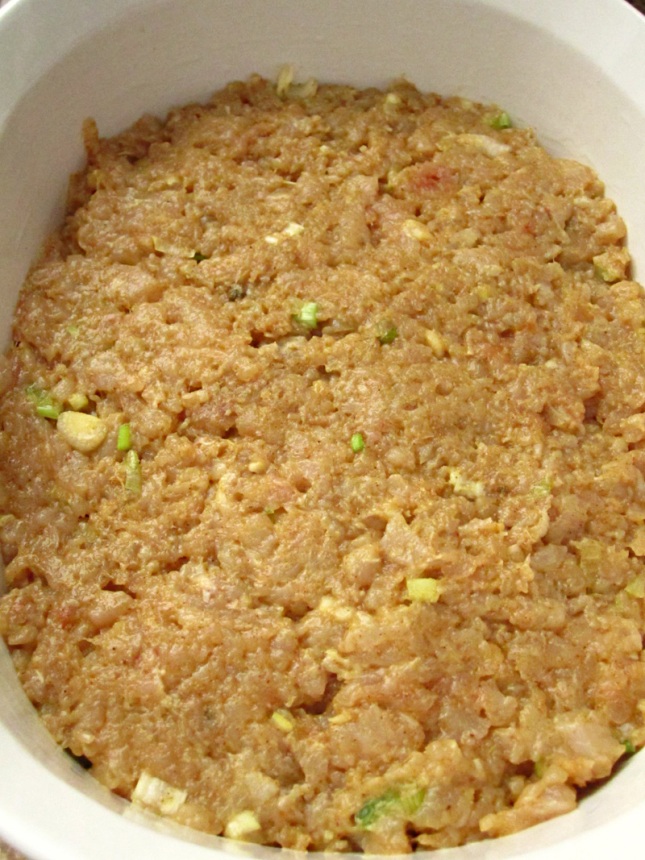 For the custard:
1. While the chicken is cooking in the oven, beat the eggs (including the reserved egg yolk from earlier) in high speed with a hand mixer until the mixture looks pale yellow

2. Lower the mixer speed and add in the 1/4 cup coconut milk and 1/4 cup lemon juice little by little (reserve the rest of the lemon juice for other use). Mix until everything incorporates

3. Lastly, add in the shredded coconut and the green onions (the green part)

4. By this time, the chicken should be cooked already. Take it out from the oven then pour the egg mixture on top

6. Change the setting to broil for another 5-10 minutes

7. Remove from the oven and let it cool a bit before slicing it

Who said sour and savory can’t get along? Believe it or not, by the end of the meal, I only had 1/4 of this left!!

4 Year Anniversary at The Sky Room

Today is our 4 year wedding anniversary and I know it’s the most perfect time to use Groupon for The Sky Room in Long Beach! I had to make a reservation a day before as part of Groupon condition.

But before we went, I did some 10 minute burpee challenge.

View from the outside (took this after the dinner) – the restaurant is located at top floor. 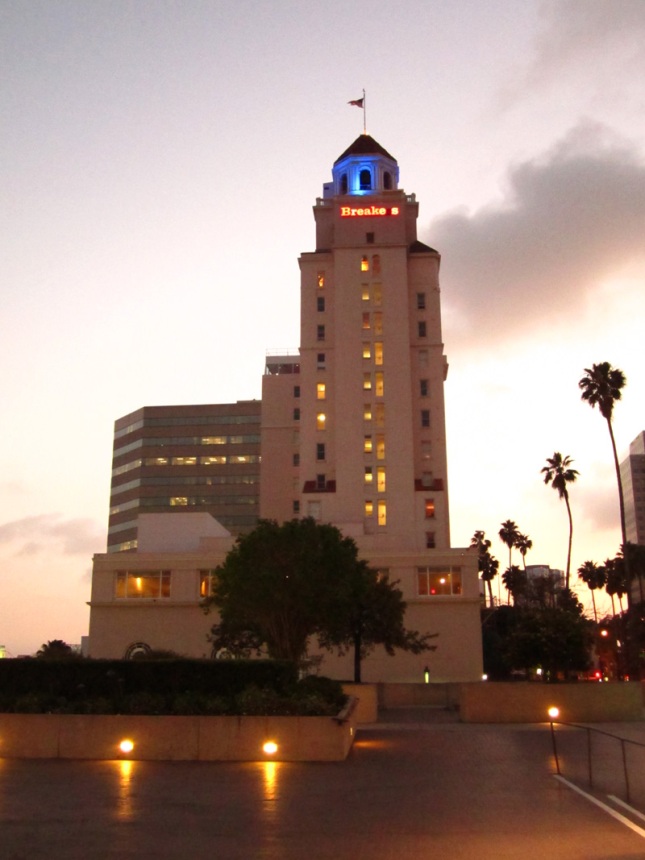 When we got in, we actually had to wait for an elevator attendant. 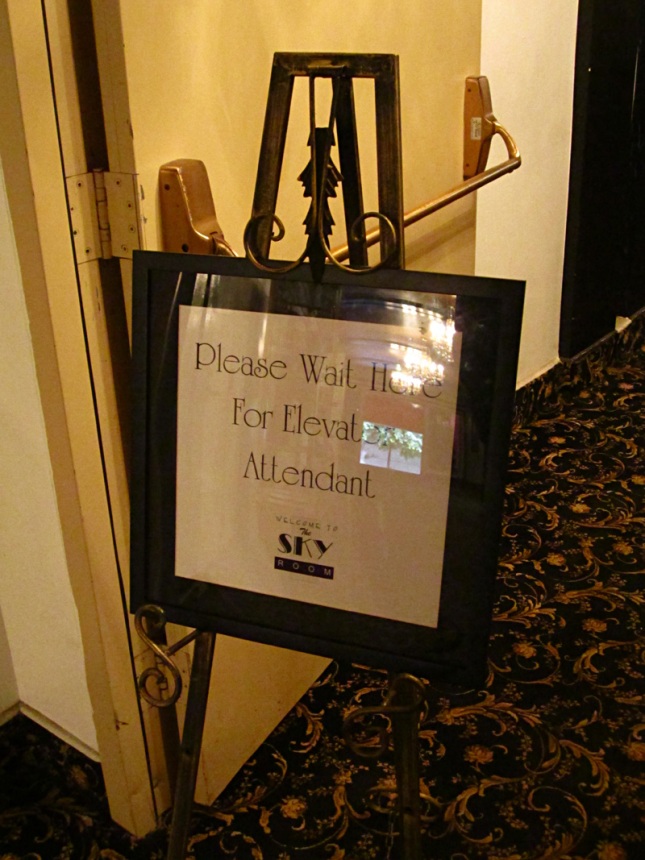 The elevator attendant told us a bit about the building, that it was the original Hilton Hotel and has been around since 1938. Another interesting thing is Elizabeth Taylor actually had her wedding in this restaurant. You can read more of the history on their page.

The entrance to the restaurant. Btw since this is a fine dining type restaurant, business casual is the dress code.

We got a nice table next to the window with the harbor view. If we got here after dark, might look nicer with all the lights on.

I ordered some cocktail based on the waiter’s suggestions:
The Rosenson Raspberry Lemon Drop for me 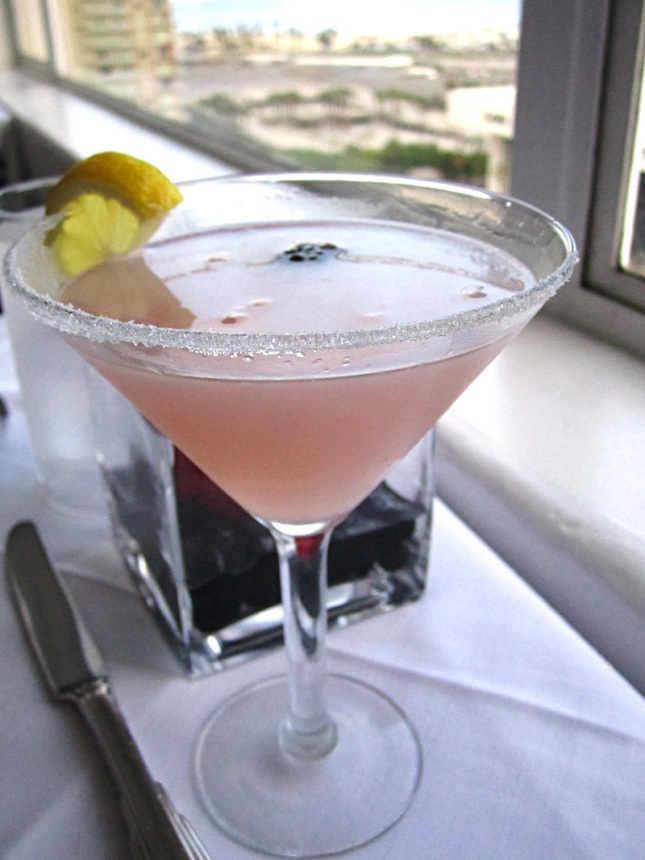 Hubby K ordered The Sweet Troublemaker (basically watermelon with vodka) and those red powder along the glass rim was cayenne pepper. 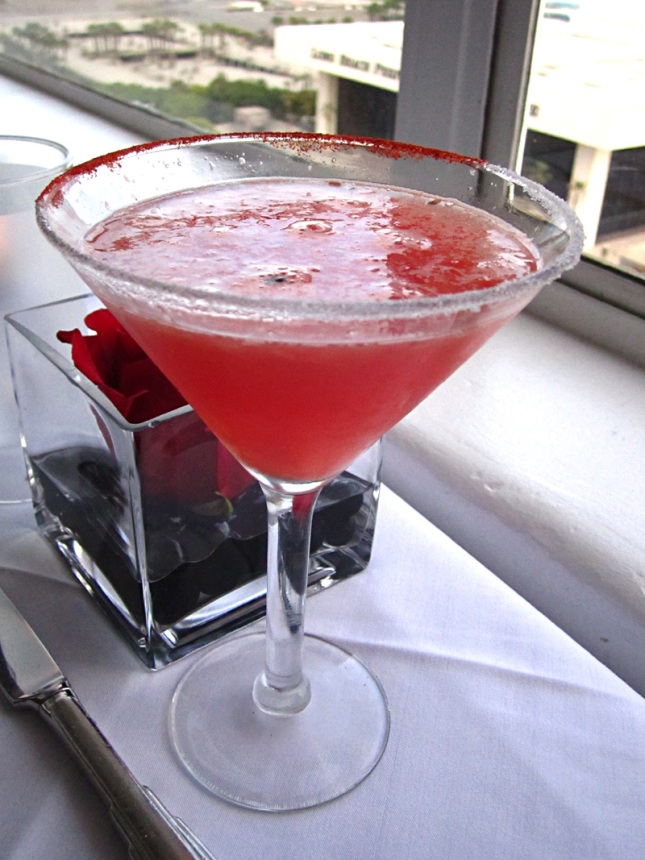 The waiter gave us some bread slices, which Hubby K devoured all (including my portion). Served with butter and some salt.

After scrolling around the menu, we decided both would have the steak.

I ordered Prime New York Steak (I asked the waiter to make sure it’s gluten free and he happily accommodated it) – no sauce and only steak and veggie of my choice.

Boy, that steak was HUGE and I admit that I finished the entire thing! On the second thought, they might give me a bigger portion of steak since I didn’t have any carby dish (potatoes, rice, pasta etc) and might not be enough if they just gave me the typical small portion. Oh well, I won’t refuse more protein! 😀 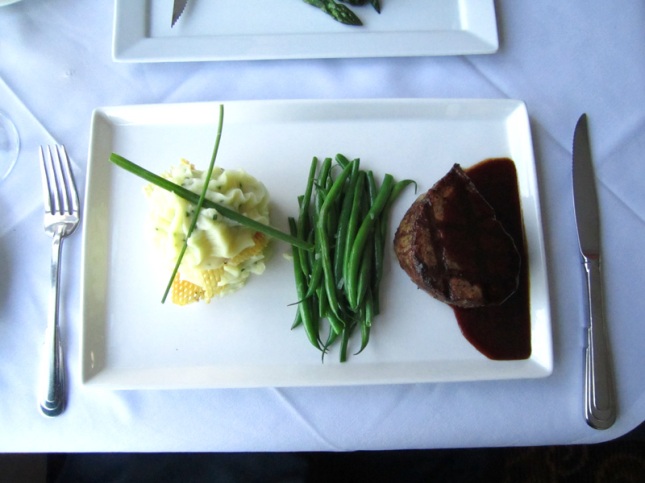 We also ordered some salad and even though usually they charge for splitting the dish, the waiter waived it for us. How nice 🙂  I chose Salade de Maman which came with a dijon mustard dressing, but he put it on the side PLUS he brought us olive oil and balsamic vinegar. 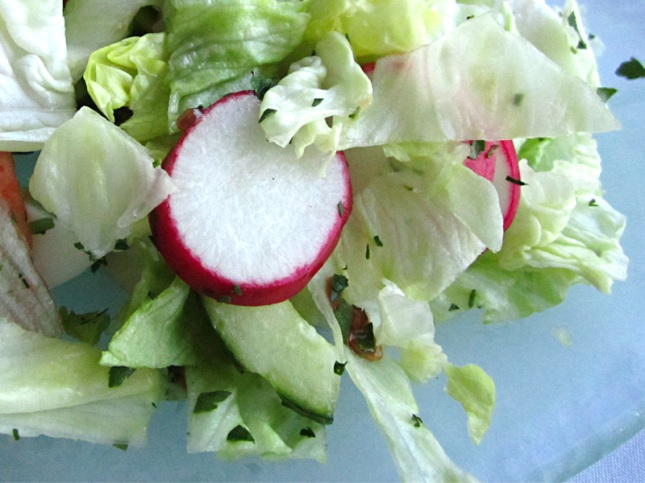 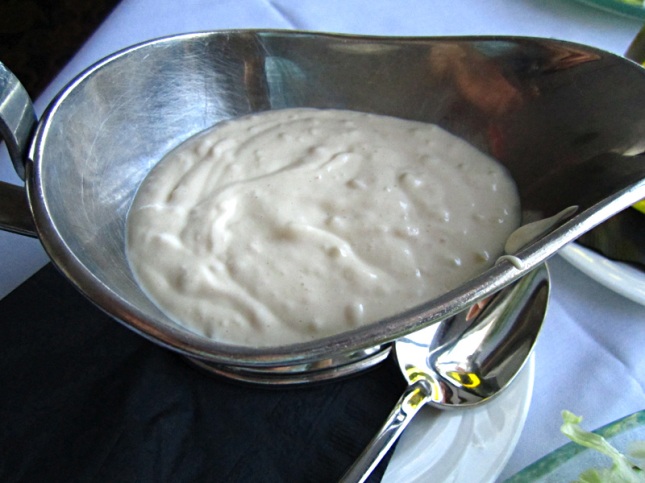 We talked and pretty much just relaxing and waited for the alcohol to wear off a bit. This was our first time ever to have a fine dining. If it wasn’t because of Groupon ($25 for $50), I don’t think I’ll ever think of going to a fine dining restaurant, especially not in our current situation. Since we both were stuffed from the meal, so no desserts. After all, I already had enough sugar rush from the cocktail drink. No need to add more.

In a nutshell, it was a nice 4 year anniversary celebration. 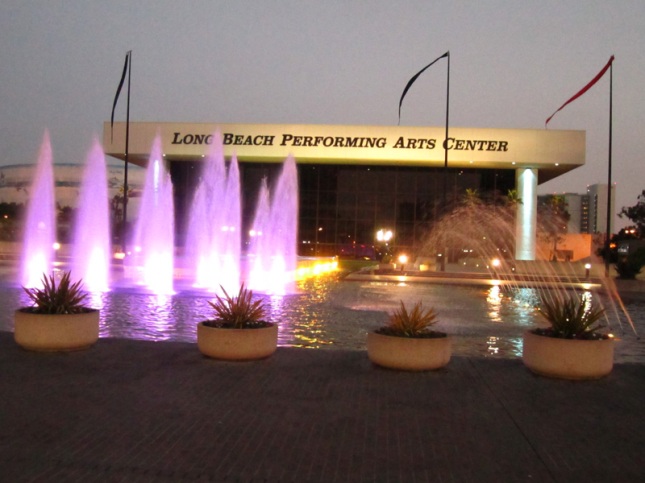 Simple Meals on a Simple Day

Hey all
For some reason I got up quite early today cause I was itching to keep continue working on my work stuff. I know, I know I might sound like a broken record keep talking about it but seriously it actually helps to motivate myself to keep doing and not giving up. You see, I do have a tendency to put myself down a lot and comparing myself to other people – whether in fitness, food choices, cooking skills, job etc.

Anyway, I had a simple breakfast with 2 tea green tea bags – I wanted to take a little break from making loose leaf tea. It’s good but just require a little effort. Tea bags are more convenient, don’t you agree?
2 slices of Egg Loaf Sweet Potatoes & Carrots Frittata that I made yesterday plus some veggies.

Then I sat on my stability ball, working in front of my computer for the entire morning, while also snacked some macadamia nuts – Promise this time I didn’t finish half of the bag in one sitting. A handful at the most. 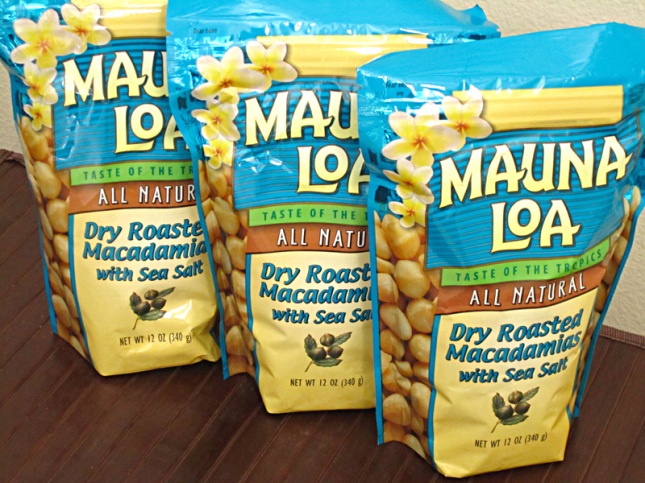 Lunch was a huge plate of greens, shredded carrots, whole avocado drizzled with Balsamic Vinegar, some sweet potatoes (purple and Japanese) and some beef dish I made yesterday.

It was my first time cooking with parsnips and I’m not a big fan of it. When I saw them on sale on my local grocery store, I was intrigued to try adding them into the beef dish that I made. The taste wasn’t bad, but it had that off taste I just don’t like- sorry can’t explain that more.

Then I continued working on my stuff while got distracted along the line by checking emails, Twitter, FB and now blogging! 😛

Anyway, Hubby K and I are off to have a dinner for some special occasion. Can you guess what is it? 😉

Do you compare yourself with others a lot? Do you like parsnips and turnips?

Nothing could explain more what is Paleo diet than the graphic below. Major thanks to Patrick for creating this brilliant, educational visual guide about Paleo diet.

Learn more about the Paleo Diet.

I had another great workout from Bodyrock.tv and I also made up my own exercise challenge after I finished with Bodyrock.tv workout.

Breakfast/post workout meal – nothing could beat these colorful sweet potatoes and some chicken! 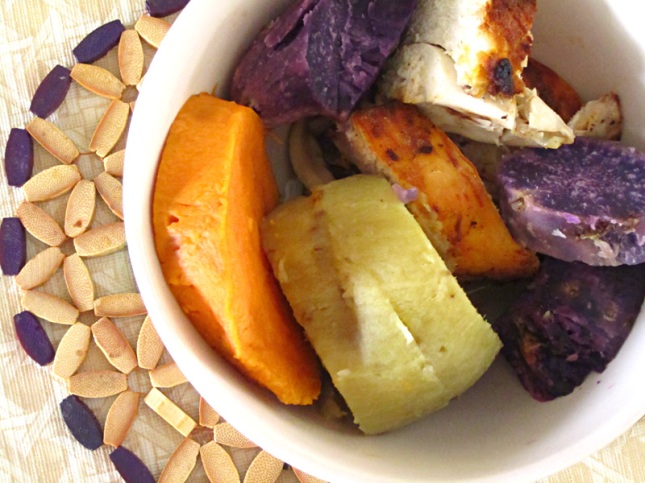 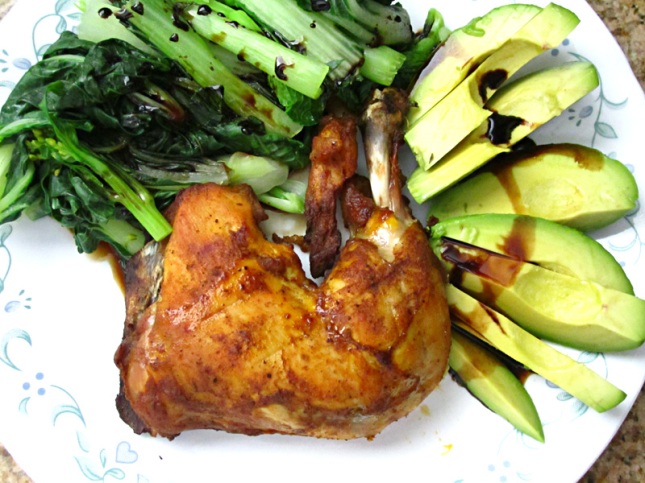 And I continued working on my portfolio website, and took me an entire afternoon figuring out how to upload the site using FTP and put up the splash page. I don’t have the entire thing ready as yet, but at least I want to put a placeholder instead of the default page from my hosting.

I took a little break from the computer so I made another beef stew (another type beef stew- will post recipe and think of a better name) and also I made another Egg Loaf Frittata. This time the combo was shredded carrots, shredded sweet potatoes, green onion, seasoned with garlic powder, Red boat fish sauce and some pepper. 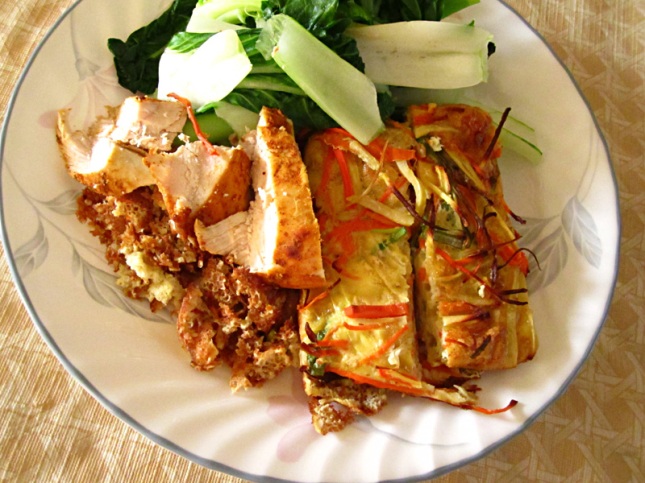 Ok now I gotta go back working on my stuff.